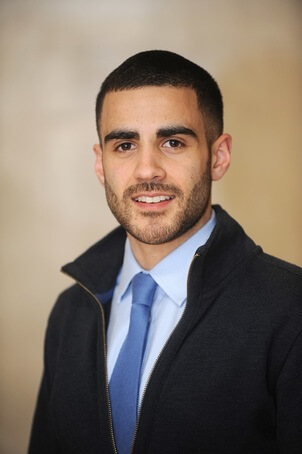 Having begun at TAP last November, I hadn’t previously experienced being a Programme Coordinator at the start of a new academic year until now. For the past five weeks I’ve been back-and-forth between my two schools, readjusting to the settings in each – one familiar, one brand new.

I’ve spent nearly a year at Ark Globe Academy, a gleaming sanctuary amidst the towering cranes of Elephant and Castle, and I feel like I’ve finally cracked the school’s complex code. The new term has given me the chance to educate teachers about the programme, and try-out new ways of engaging students. For example, I’ve started delegating my workload by nominating representatives in each year to pass-on messages through the school.

The sixth-form, still in growth mode, has taken on a greater number of students this year. This means more chatter in the library where I sit, but also scope for me to build a rapport with the new year 12s – ten of whom make up my TAP cohort. The year 13s are setting a high standard: nine of the twelve who carried their tutors over from last year had organised their first tutorial by the first Monday of term.

In other news, as an attempt to spread my impact into the lower-end of the school, I’ve started a weekly discussion group – Hero’s Journey – as a behavioural intervention for six year 9 boys. The idea is to engage them in open conversation about topics they want to talk about – school, music, family – and in-turn guide their behaviour in a positive direction. Watch this space.

At my new school – George Green’s School, on the Isle of Dogs – I am launching the programme from scratch, so things are more challenging. Plus, the strange post-industrial world of docklands, east London, is a very different setting to St George’s School in leafy Maida Vale, on the other side of the city, where I was based last year.

When I skim over my new student postcode data the three characters ‘E14’ are pretty much universal; over 90% of pupils live in nearby social housing. Now that the winter months are approaching it starts to get dark in the early evening, so you can stand in the playground and see the nearby blinking eye of Canary Wharf to the north – relevant for the simple fact that students at the school will be having their tutorials at the Barclays office there.

And when I went to Barclays last month to meet and train the first group of eager new tutors, we were hosted in a room on the 30th floor of the building. From the huge panel window I could easily spot the riverside park by the school, where I sit and have my lunch, at the southern tip of the Isle. The point is this: at George Greens, TAP is creating a slipstream of social mobility within the most geographically-confined of unequal urban spaces. This is really special, and it is exactly why I seized the chance to launch at the school.

Programme-wise, it’s taken a bit of time to get things rolling, as expected, but I am currently enrolling my year 10s and 11s who are as polite and determined as any student I have worked with (framing each meeting as a chance for them to “help sir launch TAP” has made them more invested). The sixth form centre is a separate space from the rest of the school – a bubble, a bit like the Isle itself – and slowly but surely, one conversation at a time, the students are beginning to embrace my advice about impending university applications. I’ll have it running like Globe in no time.