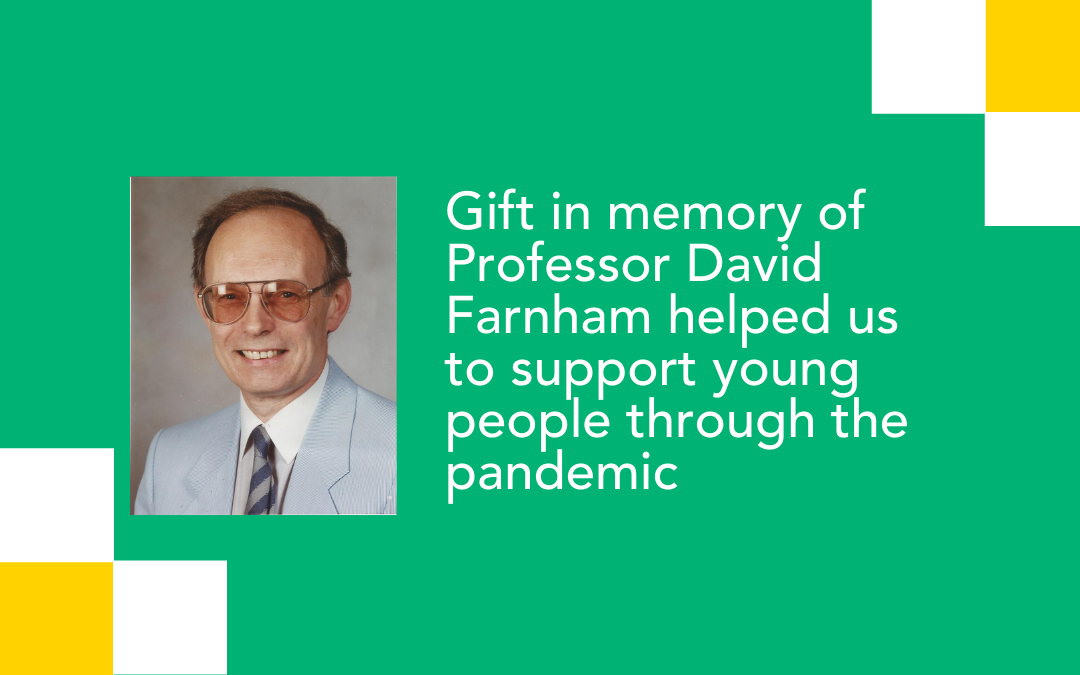 In 2019 the family of the late Professor David Farnham made the extraordinary decision to donate £0.5 million in his memory. The multi-year funding to The Access Project was to continue David’s lifelong dedication to helping young people “realise their goals in life.”

A life dedicated to education

Professor David Farnham was born in 1936, the only child of a single mother. He was brought up in a council flat in Hackney. He did well at school, and when he left, he became a sales representative in a building company. He studied in the evenings at Birkbeck College, and achieved a BA in History in 1965.

He taught in two different colleges after finishing his undergraduate degree, but decided to pursue a Masters in Industrial Relations at LSE. Once he completed that he taught management studies at Gloucester College of Education, before becoming a Lecturer at the University of Portsmouth in 1972.

He subsequently went on to become Senior Lecturer, Principal and finally Professor of Employment Relations at the University of Portsmouth in 1995. He was finally awarded Doctor of Letters in 2001 in recognition of his outstanding contribution to the advancement of knowledge in his field of study.

The Access Project has used this incredibly generous investment to build on David’s legacy in education. Because the funding was unrestricted, it helped the organisation to pivot quickly to delivering mentoring and tutoring online during the pandemic, as well growing our reach from 31 schools in 2019 to 35 schools in 2021.

David’s family were introduced to the charity in early 2019 by Impetus, who the family had approached for advice on how to make a high-impact donation. Visits to see the charity’s programme of mentoring and tutoring in action at Ark Globe Academy and Haggerston School left the family in no doubt that supporting The Access Project would have a lasting positive effect for young people.

Back then none of us could have predicted the events that were about to unfold, making educational support for disadvantaged young people more important than ever.

They said: “Just as important as David’s academia was the advice and encouragement that he gave to many young people to realise their goals in life. That is why The Access Project seemed to us a very worthwhile organisation to support. He would be proud of the achievements of this charity.”

Nina goes to the Haggerston School and is being tutored in Physics. “Ever since I was little, I would watch videos about space and how the universe works. I never really considered studying Physics until lockdown. My tutor has made me more passionate about the subject and I now want to go to a good university to study Physics.”

Speaking about Professor David Farnham’s legacy, Chief Executive, Nathan Sansom, said: “We are deeply honoured to be recipients of this funding in memory of the late Professor David Farnham. He had a long and distinguished history in education and was passionate about supporting young people to achieve their full potential. His calling aligns very strongly with our mission and we are committed to living up to his legacy.”

Find out more about our work