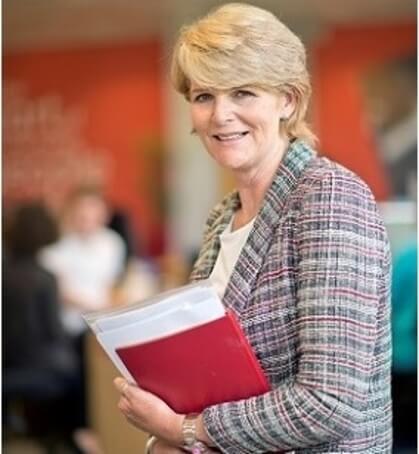 The Access Project today announces that Mary Curnock Cook OBE will take over as Chair of Trustees from Neil McIntosh CBE. Neil will remain on the Board of Trustees. Mary has served on the The Access Project Board for the past four years and brings significant expertise from her professional career, including over seven years as CEO of UCAS.

Andrew Berwick, Director of The Access Project welcomed Mary as Chair: “I’m excited by the challenge and guidance Mary will give to The Access Project. Mary has demonstrated through her career, and her time as a Trustee at The Access Project, that she is passionate about education – and about our mission to support young people from disadvantaged backgrounds to reach the UK’s most selective universities.”

On her appointment, Mary, who has worked in the education sector for over 20 years, said: “The Access Project addresses the key challenge for students from underrepresented groups in access to higher education – and that is prior attainment. The Access Project deals with this head on by providing 1-2-1 free academic tuition from corporate partners in combination with the vital support and advice that pupils need in school to guide their applications to university. It will be a real privilege to serve the project as Chair.”

The Access Project has partnerships with 18 schools in London and five in the West Midlands. It is launching at three schools in the East Midlands in September as part of a National Collaborative Outreach Project (NCOP) in partnership with the universities of Nottingham, Derby and Nottingham Trent, as well as five new schools in London. The Access Project currently supports 950 pupils from underrepresented groups, providing 1-2-1 academic tuition and intensive in-school university support. UCAS analysis has shown that pupils on The Access Project are placed at higher tariff universities at a rate of 15% points higher than similar pupils not receiving support.