Not enough time to revise? Let’s double the tutorials! 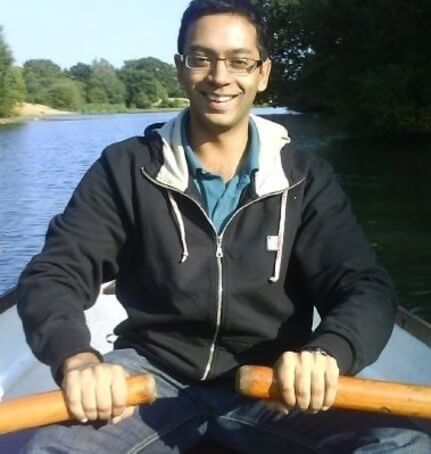 William has nominated Ramesh Deonarine as a top tutor because of his incredible dedication to helping him achieve his grades in both Maths and Economics.

Ramesh originally tutored William in Economics, but after several tutorials and a significant increase in grade, they identified that William was lacking knowledge in Maths which would negatively affect his exam results.

William and Ramesh made a plan of the content that needed to be covered, but soon realised hey didn’t have enough time to revise everything before the exams. Rather than deciding not to cover all the material, Ramesh suggested having two tutorials a week!

William said: “He has made it his goal to get me there by dedicating his own time to help me with my subject — including fitting in any days we might have missed and by making the tutorials longer to fit in extra content.”

He says he hugely appreciates how flexible Ramesh has been — Ramesh, for his part, says he wants William to succeed as much as William does himself!

Ramesh also sets William an exam paper to complete every week and he marks it in his own time, recording William’s progress each time. In short, Ramesh consistently goes above and beyond what we expect from a volunteer tutor.

Ramesh said: “I really get a kick out of helping people who are really dedicated to get their marks back on track — I frequently find that it’s often a matter of giving my tutees the confidence to open the book and try questions. I think of tutorials as a ‘safe environment’”.

We want to give a huge thank you to Ramesh for all of his hard work. You really are a top tutor!