“Our students are passionate and engaged” 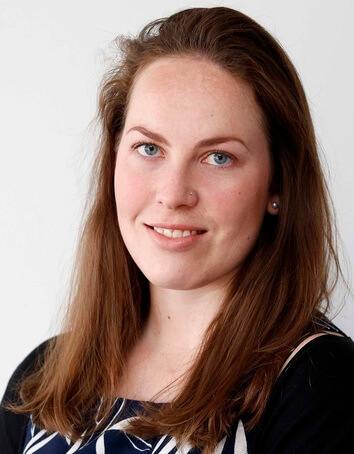 The day of the UK’s general election is as ordinary as any other day in school. Students run for the school gates to make it in time for the 8:55am bell while others stroll back from the Sainsbury’s next to Old Street roundabout (having stocked up on sweets and crisps for morning break time). This week, assembly has been cancelled on account of GCSE exams, and the school has decided to run a mock election during registration for students to take part in. The candidate names are the same as those on the actual ballot papers for Islington South, with a choice between Conservative, Liberal Democrat, Green Party, UKIP and Labour.

The results are in by lunch: Labour’s candidate Emily Thornberry has comfortably retained her seat with 85.3% of the student vote. 561 votes were cast out of a possible 712, resulting in turnout of 78%. The Green Party were runners up with 6% of the total vote. 10 of the ballot papers were spoiled, with votes going to alternative choices including the Monster Raving Loony Party and Emmanuel Macron (it’s clear some students have been following the news avidly).

In the lead up to June 8th, school staff and I put up posters which encouraged students to sign up to actual general election, reminding them that they would be one of 750,000 citizens across the country eligible to vote for the first time (having turned 18 after the 2015 general election). Although the school doesn’t currently teach politics A-Level, many of the year 13 students I have worked with this year have chosen to apply for degrees such as international relations and joint honours history and politics. Many of the personal statements I read in the autumn term referenced the unknown consequences of Brexit and during break times in the common room I continually come across students engaging in lively political debate, convincing each other of the importance of getting their voices heard.

And why shouldn’t they? In my time working for The Access Project across three different schools, contemporary political issues have inevitably played a role in many of my discussions with students. I’ve worked with students who have secured a place at university but struggled to fund it due to immigration rules, students holding European passports who haven’t known whether to apply for university following the Brexit referendum, and students contemplating study abroad (or deciding against it in the case of America and the election of President Trump).

Part of my role as a University Access Officer is helping students to navigate the complexities of the societal structures around them, and doing my best to dismantle any barriers which could prevent them from taking up their university place in September. The hope: that as many students as possible achieve their desired results on August 17th and go on to love their university experience. With 70% of the Access Project students at my school currently holding firm offers from Russell Group universities, I’m very hopeful that this will be the case in just under two months time.

Note on the author: Viivi has been an Access Project University Access Officer (formerly known as “Programme Coordinators”) for 18 months. She will leave The Access Project later this year to become an Admissions Officer for King’s College London. Viivi has done a fantastic job for The Access Project – and her students – and we wish her the very best in her future career.