Volunteers tell us about tutoring against the backdrop of COVID, the rollercoaster ride of results day, and the rewards of working for The Access Project. This is Rob’s story… 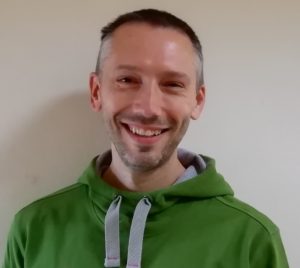 One of the many wonderful things about tutoring with The Access Project (TAP) is helping to smooth out the emotional rollercoaster that is GCSEs and A-levels. Studying can be stressful enough but then there’s choosing subjects, arranging work experience, attending summer schools, applying to universities and, to top everything, results day. The consistent support of a tutor and TAP’s University Access Officers (UAOs) can help massively.

This year three of my tutees collected their results – Jack and Yusef at A-level and Olivia at GCSE.

First up were the A-level results. I had been tutoring Jack for two years and his plan was to study physics at the University of Birmingham. The aim of our tutorials had been twofold: make certain of an A* in physics and step up a grade to an A in maths. By the time lockdown arrived, the quality of Jack’s work left me in no doubt that he would achieve both aims.

Yusef had different objectives to Jack – also an exceptionally talented student and with an aspiration to study medicine at Aston University. Requiring top grades in all subjects meant that my tutorials with Yusef were focused on securing an A* in maths. In the lead up to results day, I was more nervous for Yusef than for Jack – not because I didn’t think he could get the grades, but because there was little margin for error.

Usually, on results day I would drop into school, but this year was a case of anxiously waiting by the phone to find out how they’d got on. I heard from Jack first – he had been a victim of “the algorithm” and assigned a grade in maths that I can only describe as insulting. His place at Birmingham was now in doubt. The school and UAO pulled out all the stops to support him but there was inevitably a waiting game while the national position unfolded. All I could offer Jack was consolation and my total conviction that he is an A-grade maths student – I have no doubt about that whatsoever.

Yusef, on the other hand, had exactly what he deserved – a set of top grades and a place to study medicine. It was strange to feel such delight for Yusef while still feeling outraged about the injustice inflicted upon Jack.

GCSE results day was much calmer, mainly because of the revised government position on assigning grades. When I started tutoring Olivia a year ago, her grade in maths was much lower than for her other subjects. It was quickly apparent that Olivia’s problem was a lack of confidence rather than a lack of ability, so we focused our tutorials on breaking down the syllabus into very structured bite-size chunks. One year later she had moved from a grade 4/5 to a grade 8, bringing her maths in line with her other subjects. I had no doubt that Olivia would secure a string of top grades, and it was wonderful to receive news of all the 7s, 8s, and 9s that her hard work deserved.

The final chapter of the story is what happened to Jack’s university application. With his revised grades, he exceeded the entry requirements and the University of Birmingham have said that they will honour their offer of a place to study physics. So, a happy ending for all three of them!

Now that the stress has subsided, it is time to celebrate the students’ achievements and feel a sense of satisfaction that TAP tutorials genuinely helped turn the students’ aspirations into reality.

It’s hard to sum up what The Access Project means to me! I think the best thing about TAP is the close relationship with the students. To learn their ways of working, their strengths, and weaknesses, and then to tailor tutorials to what they need is hugely effective. In some cases, this means a jump in their grade, in other cases greater confidence. Whatever the outcome, it’s a process necessarily built on humanity – young people aren’t just cogs in a machine.

Rob is a freelance analyst and decision support consultant who now spends most of his time tutoring with TAP, doing reading and maths with Year 4, and walking around the West Midlands