A Trip to Cambridge by Ellie Doherty 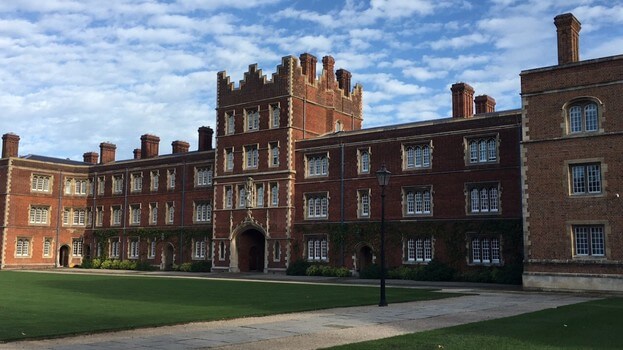 My visit to Cambridge was definitely one I won’t forget, for a very long time. I believe that many hear the name Cambridge and automatically have images of wealth, high education and all in all, “posh-ness”run through their minds.

The reason I know this is because I had this exact same opinion. However, once I stepped foot onto the grounds of the university I knew there was something very different about it, from the gorgeous building to the smiling students, it was all very overwhelming. I never planned to even think of Cambridge, I couldn’t ever believe that a university so well-known could ever be a part of my future, so I just never took the time to consider it.

We were introduced to current students who spoke to us about their experiences at Cambridge, and they took the time to explain to us about the courses they were taking, which was very interesting. To see that the students were very happy and were receiving the best education that was available was very surprising. I think many of us chose to believe that university is all about hard-core studying which allows no time for socialising however the students happily explained that this was not the case.

While on the trip we were able to have a tour of Cambridge, which showed us all how beautiful the city was. We were shown the newly built library, the grounds, the sports fields and the outside of student accommodation. Once the tour was done, which honestly blew me away, we had lunch. Lunch consisted of a typical British roast dinner, a canned drink and an amazing snickers brownie.

This is a typical Cambridge university lunch, and it was the best university lunch I haveever had. From here we visited another part of the university which was quite a walk away, however even though I am not interested in engineering I honestly found it so interesting. We saw a car that the students had built from scratch in their spare time and we had another tour around the building which had a section that had only been open less than 3 months, meaning all the equipment was brand new.

Following on from this we had a very engaging Law lecture from one of the universities teachers, who had attended the university herself. I have never considered law, nor do I consider it now, however it really did open my eyes to how interesting different subjects could be. Overall the whole trip was just amazing. It completely changed my very narrow minded perspective as the leader we had with us throughout the day came from a low income family and was one of the first in his family to attend university. It became very clear that your background plays no part in the Cambridge education system, as long as you have the grades and the right mind set, nothing should stop you from applying.