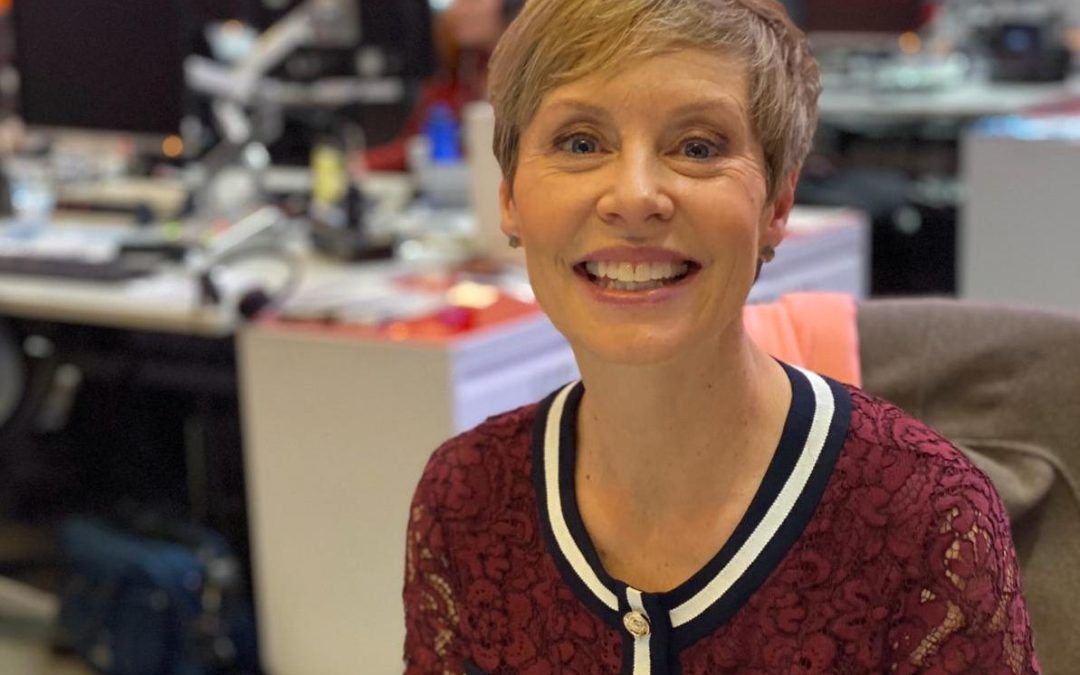 Today, I’m a News Presenter at the BBC, where I anchor daily live television shows for a global audience of millions. I’ve reported from something like 25 countries over as many years. I have worked as an accredited “lobby correspondent” inside Ten Downing Street, and I have sat in the White House briefing room waiting to face the U.S. president. None of this was part of a career plan. I would not have believed when I left school that any of this was possible.

I grew up in Wakefield, West Yorkshire, as did my parents, grandparents, and beyond. Mum and Dad – an English teacher and an Air Force pilot – were part of the “grammar school” generation, where passing the eleven-plus exam opened doors. Their parents – baker, soldier, parlour maid, dry cleaner – had no such opportunities.

I went to underfunded state comprehensive schools, but my family valued learning, and a handful of inspirational teachers encouraged me to aim high. I had two great breaks getting into university and later to the BBC. A sixth form teacher urged me to apply to Oxford as part of a scheme that offered early interviews to students from northern comprehensive schools. I got an unconditional offer.

University treated me well – I came out with a double first – but what I did at Oxford that stays with me most was to spread my wings beyond the college. I not only switched subject to PPE (Politics Philosophy and Economics) in line with changing interests, I ran for the executive of the Oxford University Students Union. As Education Officer, I helped start a scheme called “Target Schools”, encouraging students from schools like mine to go back and encourage others to apply. I also got involved in national politics, entering a world of student and party conferences, that gave me a great deal of insight for my later career as a BBC Politics correspondent. I’d encourage any new student to make deliberate forays outside your comfort zone. Who cares – really – if you try new things and fail at some?

My second big break was getting onto the BBC News Trainee scheme, which offered 16 places a year. I confess I had no long-held desire to be a journalist; all I knew was how little I knew about the world, how much I was driven by a desire to make sense of things, and what a fantastic chance this would be to broaden my horizons. But it took me two tries. The first year, Tony Hall (then TV News Editor) was part of my final stage interview panel, and when he asked me to critique the programme “Panorama”, I blurted out “I don’t watch television”.  A year later, I was back again, after funding myself through the cheapest available broadcast journalism course (thank you for some excellent training, London College of Printing) and taking every possible chance to get shifts on local radio. I arrived to find that of my BBC intake of 8, seven were Oxbridge, and I was the only woman.

Since then, I’ve kept getting jobs which I wasn’t expected to.  When I applied to be a junior reporter at BBC Westminster, a male manager told me “you’re too impatient”. When I applied to be political correspondent for the BBC World Service, I was told “that job’s spoken for”. If I could drop a word in my own younger ear, I would say “don’t waste time and emotional energy caring about what’s ‘supposed’ to happen.”  And ask – repeatedly – for mentoring.

Not everything is about the job, keep learning. I have never stopped – Open University in my twenties, sabbaticals at Michigan and Harvard Universities, and I’m currently taking a master’s degree in Coaching Psychology at the University of East London.  In my fifties I’m developing a portfolio career, loving my new role as a life and leadership coach. I’m also trying to give something back as a trustee for a fantastic small charity London Music Masters that’s all about giving disadvantaged children access to the transformative power of music making.

As we live through pandemic, lockdown life can be enough to make anyone wonder whether their future is shrinking. It does not have to. Work on your sense of clarity about what you want from life and build your connections one step at a time. Good luck.