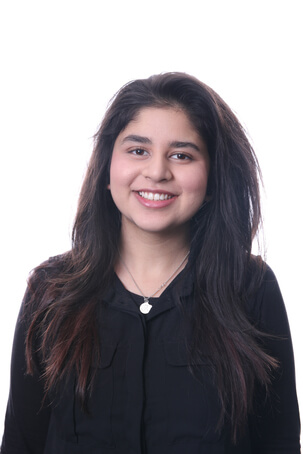 The jump from GCSEs to A-Levels is huge

As a student entering year 12 with a set of straight A-A* grades holding me up, I can admit to possessing a level of confidence that I had not yet earned the right to hold. “The jump from GCSEs to A levels is huge” they said, and to them I always replied “I’m sure I’ll be fine!” How naïve I was!

As the days in sixth form progressed, it soon became clear that I would not be as fine as I thought, and the phrase that I confidentially scoffed at was right; A-levels are in fact a whole different cup of tea to GCSEs. It was during this time where I was introduced to something called The Access Project (TAP). Admittedly, I was reluctant to join at first. I was still unaware of what getting into a Russell Group university required, and how helpful opportunities such as this would be. I still remember the moment my school’s programme coordinator, Tracey Beech, found me at the end of my Biology lesson (which in itself was a blessing) to ask me why I was not applying. As she told me how TAP was made for people like me, I was taken aback by how much she, a stranger at the time, cared about my future. It was then that I applied, and I can honestly say that this was one of the best decisions that I made that year.

Soon after being accepted, all those on the project had one-to-one sessions with Miss Beech, where she asked us what we wanted to do at university. At this point, I was somewhat lost with what I wanted to be. Being the indecisive person I am, every week I returned to her with a different career or degree in mind. She quickly, with a generous level of patience, helped me eliminate most options, such as law (which I admit to only acquiring an interest in after watching Legally Blonde). I was then torn between my thirst for knowledge in the sciences and my passion for literature. This led me to jump between dentistry and journalism for a while, kind of like an excited squirrel jumping between an acorn and conker tree.

I was not alone at the top

To assist me in making a decision, I went on university residentials (including ones at Birmingham and Cambridge) and was invited to attend workshops in London, focusing on competitive courses like Dentistry. Being the first generation in my family to attend university, these trips were the wakeup call I needed. They opened my eyes to how much work is required not only to get onto a competitive course, but to get into a competitive university. It brought me to the realisation that, while my GCSE grades were amongst the top in my school, they were most definitely not unique when comparing them to students across the country. That was when the many months of charity work and extra-curricular activities began in order to get my application ready!

While the core purpose of these trips was educational, they were also much needed breaks from revision and the stresses that accompany being in year 12. It was the snapchat wars with friends on the train, rushing around the tubes and seeing the sights around London which have made my time on TAP so far truly memorable. TAP is not only an essential aid in getting through sixth form and preparing for the future, but is also a key factor in ensuring that I have made the most of my time, both academically and in extra-curricular activities.

After speaking to a journalist at The University of Cambridge and shadowing a dentist, I came to the conclusion that a Dentistry course was what I wanted to apply to. When Year 13 began along came the moment that had felt like an urban legend for so long: applying to university. However, with the help of our lovely project coordinator (and 12 painstaking personal statement drafts later), I was able to send my application off without becoming a crying ball of stress and anxiety.

Having already received an unconditional offer for Biomedical science from the University of Birmingham and an offer from Aston university, my time is now spent obsessively refreshing UCAS track and studying (with the help of my amazing chemistry tutor gifted to me by The Access Project). I have come a long way from being the girl who wanted to do law in the hope of being like Elle Woods, and I wouldn’t have been able to do it without all the support and experience that this genius project has given me.