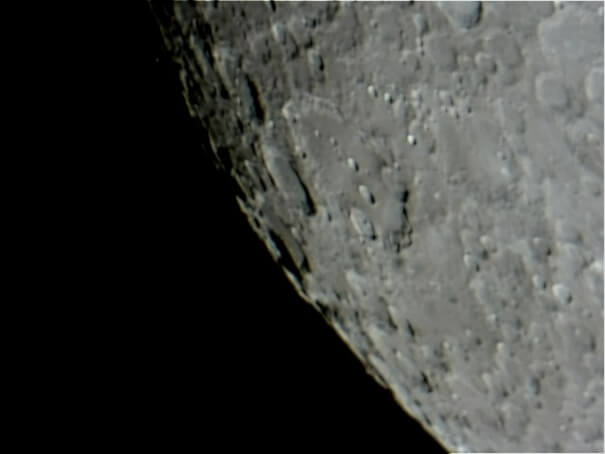 My name is K-Ryan, I’m currently in year 12 and I’m on The Access Project at Ormiston Forge Academy in Cradley Heath. I really want to go to university and study astrophysics more than anything at the moment.

With the help of The Access Project and its various resources, combined with my determination, I really believe that I could get to a university of my choosing and study astrophysics and the universe in all its glory.

Unlocking the secrets of the Universe

The universe is just completely fascinating and mysterious. To me, it feels like we’ve come so far in the last century or so but it’s incredible how much there is still out to explore, discover and reveal. It’s almost like there is a curtain of sorts hiding certain truths of the universe and when that curtain gets pulled, I want to help pull it, or at least witness the ‘unveiling of the universe’.

I began being tutored by Rob in Physics at the start of year 12. We have already had 20 tutorials and I can see the difference in my grades at school. Rob has a Masters in Astrophysics and our shared passion makes for really interesting discussions! Rob always bring new elements to our tutorials and when he asked if I wanted to actually observe stars, constellations and the moon using high end telescopes and observing equipment, I jumped at the chance!

We did an observing session where we first looked at different craters on the moon, I managed to record about five 40 second videos- each one on a different crater of the moon. I was keeping the telescope on the specific spot on the moon, adjusting it slightly, whilst Rob recorded them. Then we did the same with stars (one was a red supergiant and the other a blue supergiant). We used a special lens to split the light the star was emitting. Finally we looked at the Cassiopeia constellation.

Looking at the moon and the stars for the first time, in such detail and clarity, instantly put me in a state of awe. For others, it might not have the same effect as it did on me but it felt so close and clear compared to looking at it by eye. It felt as though it was in front of me and it is difficult to describe how inspiring it was.

The next day we took the videos and used the RegiStax software to produce these images. Before this, I had never properly used a telescope and had no idea how intricate and delicate they are so I am extremely grateful that I had the opportunity to do this and thankful to Rob for taking me step by step through how to best use the telescope; from changing the lenses to the position of the telescope and pointing out the different constellations.

It’s important to do things like this and getting involved early, especially in a such a practical subject, because getting hands on experience is so beneficial and so rare. I feel like it would be a lot harder to try and operate much bigger telescopes and their software without actually ever using a telescope. This observation demonstrated how very delicate telescopes are and how to actually maneuver them which will be translated (but on a much larger scale) to the bigger telescopes at universities.

Most students’ don’t get the opportunity to do things like this. Being a part of The Access Project means not only do I improve academically but I also have the chance to fully explore the subject I love in a way I wouldn’t be able to do on my own.

If you are interested in volunteering some of your time to tutor one of our students, click here to express an interest.