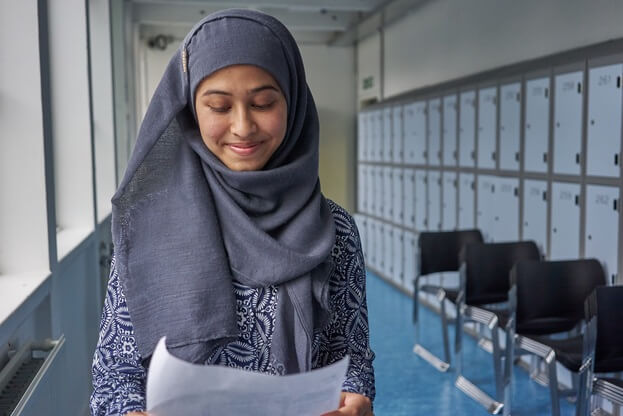 We are still basking in the joy of last Thursday here at The Access Project. Results Day 2017 was as hectic as ever but amongst the commotion there was a stream of amazing achievements as students from across our school secured incredible university placements.

Celestin from Highbury Grove School became the first in his family to go to university but, more than that, not one to do things by half measure, he achieved A*AA and is heading to the University of Bristol to study Engineering.

K-Ryan, from Ormiston Forge Academy in the West Midlands, completed a remarkable story as he achieved A*A*A to secure a place at the University of Birmingham to study Astrophysics. K-Ryan is the first to go to university in his family replicating the path of his tutor, Rob Laker, who, over 20 years ago, also became the first in his family (along with his brother) to go to university as he went off to UCL to study… Astrophysics!

Their tutorials had been an inspirational experience for both as K-Ryan recounts, “We did an observing session where we first looked at different craters on the moon – looking at the moon and the stars for the first time, in such detail and clarity instantly put me in a state of awe!” It is hard not to be excited for K-Ryan as he prepares to spend the future exploring his fascination with the night sky.

Back in London, Zareen, from Globe Academy, stormed her way into Cambridge to study Human, Social & Political Sciences after achieving 3 A*s. Globe Academy is a school at which 50% of students are on free school meals and the vast majority speak English as a second language. Zareen will be a role model for younger years showing them that they need not limit their ambitions. An aspiring poet who has attended events across the UK and in the US with a school based collective, Zareen has a very bright future indeed.

At King Solomon Academy, just off Edgware Road, Nadia rounded off the day achieving A*AAA. That’s right, not content with three, Nadia took four A-levels balancing them with aplomb to secure a Medicine place at Imperial College. With an offer that required an A* it was a moment of jubilation for her and her tutor when she saw that she had an A* in Biology, a subject she had shown unerring commitment to through the year, attending over 20 hours of tutorials.

Speaking to the Evening Standard Nadia revealed the scale of this achievement and also her motivation, “I will be the first woman in my family to go to university. I think what motivates me is that I can see the importance of education in this country and the opportunities that are here for women, compared with back home in Bangladesh. I’m trying to set an example for my little sister”

This maturity, ambition and work ethic is consistent with students across our schools. Their ambition is not compromised by the often difficult lives they have had nor is their focus distracted by the obstacles they have to overcome. It is truly inspirational to see them achieve such heights on results day. Anyone considering volunteering as a tutor we urge you to get involved next year!