Teenage astrophysicist reaches for the stars! 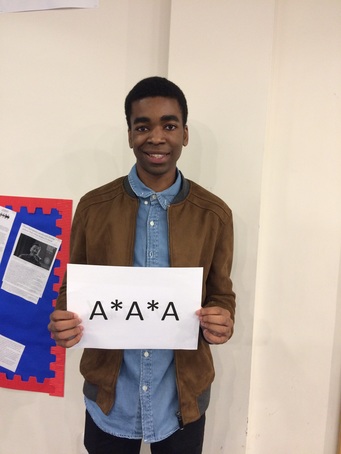 A gifted teenager from Cradley Heath is not only the first generation in his family to go to university, but through a unique partnership has taken the first steps to launching a career as an astrophysicist.

A-Level results day is a defining moment for most students, but when 18-year-old K-Ryan saw he had the top grades needed to beat tough competition for a place to study Astrophysics at the University of Birmingham, he realised the door had opened on a future where the sky is literally the limit.

The softly spoken student from Ormiston Forge Academy in Cradley Heath, says in addition to the support of his teachers, a key reason for his success was the free Physics tuition provided through The Access Project by a local tech entrepreneur — who himself was also the first in his family to go to university while studying Astrophysics.

‘It is difficult to describe how inspiring it was’

As part of their weekly tutoring sessions, Rob Laker taught K-Ryan how to use a high-specification telescope to film the surface of the moon.
K-Ryan said: “When he asked if I wanted to actually observe stars, constellations and the moon using high end telescopes and observing equipment, I jumped at the chance!

“We did an observing session where we first looked at different craters on the moon — looking at the moon and the stars for the first time, in such detail and clarity, instantly put me in a state of awe!

“For others, it might not have the same effect as it did on me but it felt so close and clear compared to looking at it by eye. It felt as though it was in front of me and it is difficult to describe how inspiring it was.”

K-Ryan says this experience was integral in shaping his dreams for the future –he now wants to travel the world working on leading research telescopes.

“I’d like to be on a collaboration project that overlooks the data from telescopes, so I’d be on the frontlines looking at the data and seeing how that applied to other theories.

“There’s quite a lot we know about the universe, about how the galaxies formed for example, but there are a lot of areas we don’t know as much about such as dark matter and the beginning of the universe, and the work we are doing now is going to help further that knowledge.”

Laker was put in touch with K-Ryan through The Access Project, an education charity that works to get high-potential students who face barriers to achieving their full academic potential into top universities, by pairing them with graduate tutors — the charity is also currently actively looking for more inspiring volunteer tutors to help bring about life-changing successes for students like K-Ryan.
Laker says he got as much out of the experience of tutoring as his student did: “I like the school I’m dealing with, because it reminds me of the school I was at and there is that satisfying side of it – seeing them do well.

‘They have had unwavering faith in me’

“Whenever I see them get a good mark in an exam, it’s a sense that I have actually helped them out in some way and that is very satisfying.”
Principal of Ormiston Forge Academy and trustee of The Access Project, Andrew Burns said: “I’m delighted for K-Ryan, his dedication to his studies is to be commended and this recent success is well deserved.

“The Access Project has shown that there should be no barriers to education; removing them delivers results. Volunteers like Rob Laker make a difference to the lives of young people and they are becoming increasingly important in delivering extended and advanced study.”

As for K-Ryan, he says: “I really want to thank him for all he’s done and he’s really done a lot.

“And Tracey from The Access Project was extremely caring and understanding throughout the whole year – she was always there for me.”
But what will it mean for K-Ryan’s parents to see their son be a part of the first generation in their family to study at university?

“I think it would mean nearly everything to them, they’ve been really supportive of me despite what they’ve been through. They just want me to be happy and that will make them happy,” he says.

“They have had unwavering faith in me and I just want to return that somehow.”