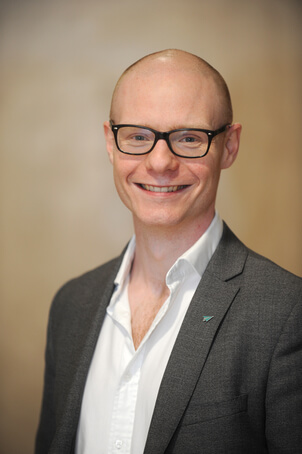 Andrew Berwick, Director of The Access Project, explains why he never stops being excited by A-level results day.

Like tens of thousands of 18-year-olds across the country, I will be getting up early and heading into school — I’ll congratulate students who are celebrating great A-level grades, and give some on-the-spot support to those who didn’t do as well as they had hoped and might need to go into clearing for a university place.

For the young people I will be spending it with, it might be the single most important day of their lives so far.

The Access Project helps young people from disadvantaged backgrounds reach selective universities. We do this by matching them with local graduates who volunteer to give one-to-one tuition in the subjects that students need most help with.

We focus on selective universities because the evidence suggests strongly that if you are a young person with the potential to go on to a selective university, this is on average the best option you can take in terms of future career earnings and access to the professions.

If you believe talent is distributed equally across neighbourhoods across the country, this is simply a staggering injustice.

This is why The Access Project works directly with schools and young people to make a difference to these odds, and why the Fair Education Alliance has identified the importance of closing the gap in graduation from the most selective universities as part of its goal to close the gap in graduation from all universities. Over the next 12 months the FEA will be working on proposals around the use of contextual data in admissions, strengthening the evidence base around outreach work, and improving the quality of information, advice and guidance in schools as part of the solution to this issue.

But back to this A-level results day and those students who are heading into school. Imagine what it is like to be Atif — one of The Access Project’s Year 13 students at Moseley School in Birmingham. For context, it helps to know that Moseley School is on the wrong side of those statistics around university access: 58% of students have received free school meals at some point in the last six years.

‘Impossible not to be inspired’

But this year Atif — following weekly one-to-one support on Chemistry from his tutor Henry in the run up to his A-levels — has an offer to study Medicine at the University of Nottingham. This is remarkable. What is even more remarkable is that he has had to balance studying with his responsibilities as a young carer for his mother who has epilepsy, and his
sister who has Down’s syndrome. Atif’s decision to study Medicine was driven by his many experiences of time in hospital with his family, which he says made him committed to “giving something back”. I find it impossible not to be inspired by the talent and sheer hard work that it’s taken to get so close.

So if you do think about A-level results day today, think about Atif and the hard work it takes to overturn the odds that are stacked against young people who don’t come from affluent homes – and like me, keep your fingers crossed.

If you would like to use your skills to make a difference, get in touch with us at info@theaccessproject.org.uk to find out more.